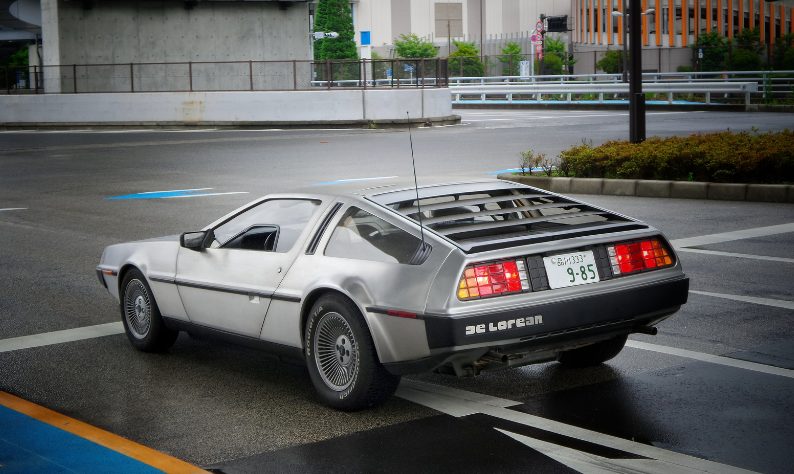 Back To The Future With The DeLorean

What do Back to the Future, Belfast & Sammy Davis Jnr all have in common?

Come with us on a journey, as we travel back in time to the 1980s and delve into the story of The DeLorean.

A lot of you seemed to respond well to a recent piece regarding lessons learned from a start-up going bust, but what lessons can we learn from a respected industry pro taking a new product to market and failing? Quite a lot it turns out…

Seldom does a car name conjure such nostalgia and enthusiasm even amongst non-car enthusiasts. An icon – it even later featured in the major motion picture Back to the Future.

If you could try and put an estimate on how many DeLoreans were manufactured by DMC (The DeLorean Motor Company) in the 1980s – what would you hazard to guess?

Production on the first DeLorean started in 1981. But, it might surprise you to learn that the DeLorean Motor Company went bankrupt in late 1982… and they were estimated to have only produced around 9,200 cars in total.

Not what you thought? It probably wasn’t what founder John DeLorean, or his investors, figured as an outcome either.

John Zachary DeLorean would have felt like a safe bet to investors – an American maverick who was known for his role in the design, manufacturing and development of many successful cars as he rose up through famed General Motors in Detroit.

John needed around US$175m to start his namesake car company DMC. He got a number of high-profile backers including Sammy Davis Jnr and Johnny Carson who put over US$12m into the research & development of his dream car.

During the development phase, however, the car was virtually re-engineered from the original design. There were some major changes – from engine location, to a new technology for chassis moulding which DMC purchased patent rights for and was later found to be unfit for purpose!

Regardless of these red flags, they decided to manufacture…

Detroit was suffering the start of what turned out to be the decline of their automobile industry, so John needed further investors from elsewhere. In a surprising twist, the Industrial Development Board for Northern Ireland (IDB) considered backing the build and hired consultants to assess the viability. The consultants believed the business only had only a 1-in-10 chance of success.

Despite this, the IDB were very keen on creating new jobs in an area that was suffering from high unemployment rates, and so against better judgement, they handed the DMC an incentive of around GBP£100m to set up shop in Belfast.

It did create jobs, for a while. Sources say that people queued for work to build the now infamous DeLorean. The largely inexperienced workforce was paid premium wages and using the best equipment available at the time.

Despite best efforts – commercially, the car was a flop. It received average reviews and the high price point was off-putting for buyers. When John DeLorean started on the project, the car was given the name DMC-12 because it had an intended retail value of US$12k – yet wound up going to market with a suggested retail value of close to US$25k.

As the car failed to sell and the company started sinking into financially worrisome times, John DeLorean got desperate and later found himself under arrest by the US Government for purported cocaine trafficking. John was said to have trafficked illegal substances to make money – in an impulsive bid to prevent the insolvency of his struggling company.

Eventually, John was found not guilty as the bust was considered entrapment, but his reputation was tarnished and his company completely dissolved.

So, what can we learn from the DeLorean?

Gain a high-level insight into how you are performing as a business owner.